TL;DR: The depiction of the Moon as transparent is rampant in our society. If you see it, Tweet it out with #transparentmoon. Together we can stop this madness. 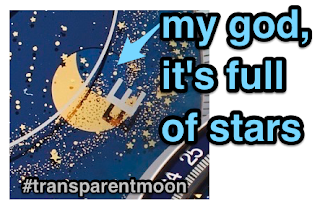 The Moon is not transparent. But a surprisingly large number of depictions of the Moon imply that it is by showing stars in the area covered by the un-illuminated portion of the Moon. Stars are further away than the Moon and just because some part of the surface isn't illuminated by the Sun doesn't mean that starlight should be able to penetrate through solid rock to reach our eyes. It seems ridiculous to have to explain what is completely obvious but this appears to be a gross misconception about our physical world. And I worry that this error keeps getting propagating unnoticed and uncorrected. I truly hope it's just intellectual and/or visual laziness and not the tip-of-the-iceberg demonstration of a woefully scientifically illiterate population. Regardless of the origin, let's kill the transparent moon, wiping it away for good.

This post is my attempt to call attention to this gross misconception and the only way I know how is to call out real examples of just how bad and pervasive this problem truly is. I've been collecting examples of egregious examples over the past few years and finally reached the point where my disbelief over horrific the state of affairs has led me here. Procter & Gamble, AirBNB, the Weather Channel, Stanford, Google all get this wrong. Five countries have transparent moons on their flags. There are watches that cost $350,000 with transparent moons.

“Google, AirBNB, Stanford, and the Weather Channel all get this wrong…Five countries have transparent moons on their flags."

There are loads of examples in our world. You cannot walk into a bookstore without seeing transparent moons on the covers of both adult and children's books. Like the image at right, you can download loads of desktop images for your laptop with heinous transparent moons.

Below are some of the examples I have collected. Please post more in the comments or Tweet them out to #transparentmoon.

Stuff you can buy with Transparent Moons 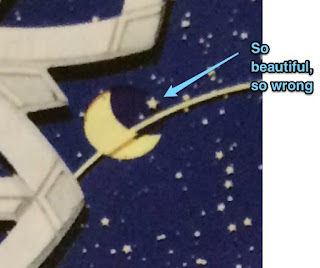 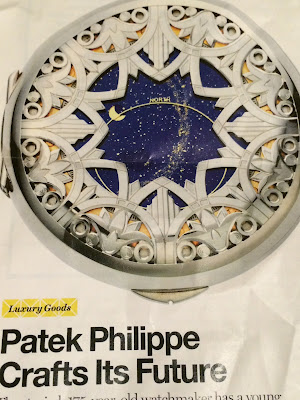 These Patek Philippe‘s are beautiful and the designers clearly worked hard to make the watches with details of the night's sky (Milky Way, comets, dust bands, etc.). So why would these watches, worth hundreds of thousands of dollars, have transparent moons? It's like a gold coin from 1850 showing George Washington with 3 eyes. Maybe they are worth so much because of this imperfection? 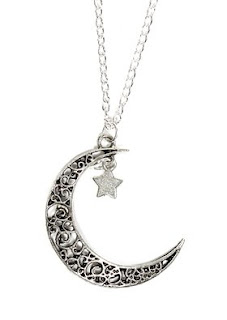 You can buy this transparent moon on Amazon for $35 but why? 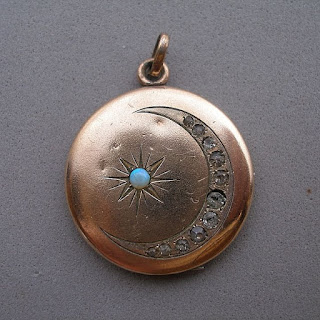 Publications and on the Web 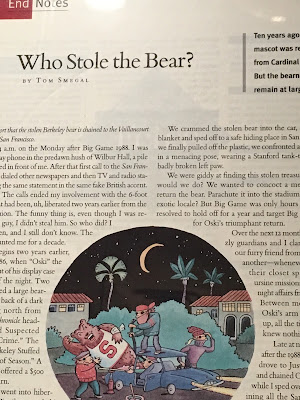 This transparent moon is from Stanford Alumni Magazine. You can access the article directly at this link. 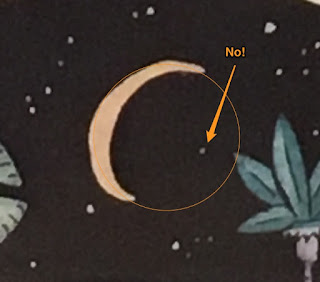 A zoom is here. The orange circle is drawn to show the approximate extent of the full moon. A star is clearly shown in the un-illuminated part. I'm fairly certain that at least some Stanford Alums know that the moon is not transparent. 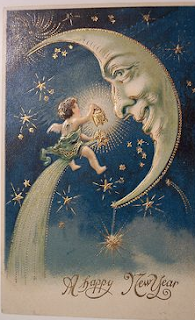 Yes, there's a face in the moon (imagined from the light-dark ridge of the terminator) and I'm ok with that. That's the fantasy part. But this will not be a happy new year with a transparent moon. 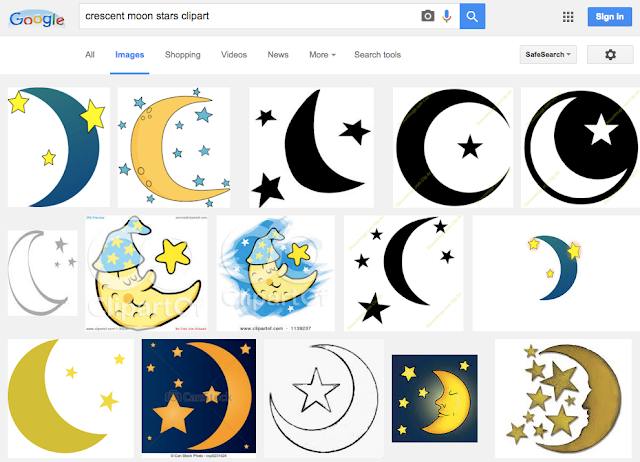 Turkmenistan's flag has a transparent moon. So does Singapore, Algeria, Pakistan, and Mauritania. 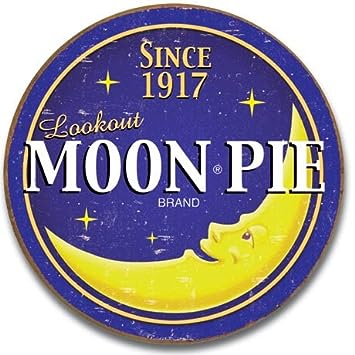 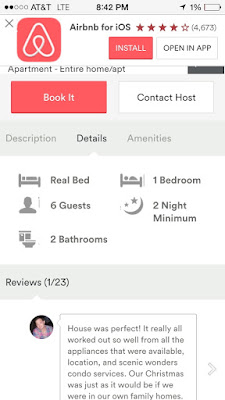 AirBNB is a popular site for connecting travelers to accommodations. This places asks for a 2-night minimum in a universe with transparent moons. No thanks!

Insomnia Cookies has been around for 12 years. There are clearly 3 stars there. To be clear, this is a plausible physical configuration: a cookie has been eaten and then held up to the sky. But then it's still propagating the myth that the transparent moon is also plausible. 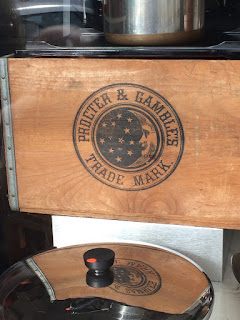 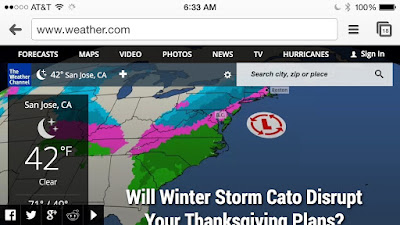 The Weather Channel thinks that the moon is transparent. 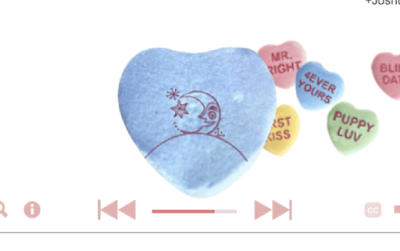 Google Front Page (Valentine's Day 2014). I love you too, Google, but there's a star inside the dark part of your transparent moon. No thanks. 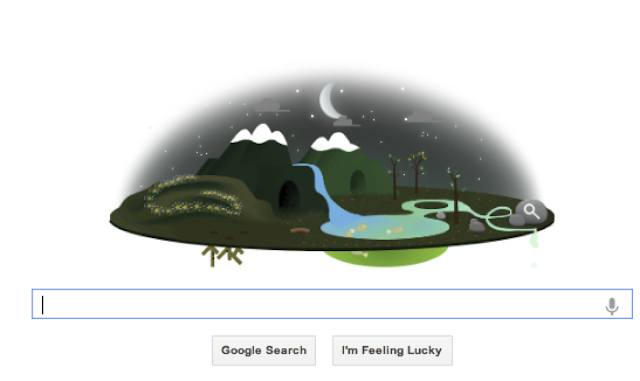 Google Front Page. April 22, 1013. Cool nightscape. Transparent Moon. You'll notice there's also a star that appears inside a cloud. We can see stars through clouds so this might be ok, except this is among the brightest star in the image. My conclusion: no one in charge at Google realized that stars aren't light-years away. 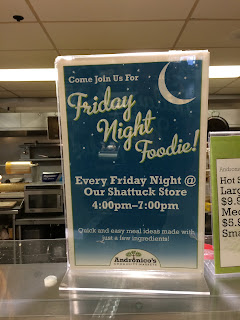 Here's an advert from our local grocery store, Andronico's. I am a foodie and I like Friday nights, but I do no like Transparent Moons. 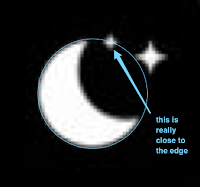 This is the weather app in the Apple Watch. The fainter star is right near the edge of each crescent moon. There is some flux on the inside of the circle but that could still be possible, given the blurring expected when observing through a turbulent atmosphere. I think the Apple folks actually thought about this, but why put the star so damn close to edge?

1. It's just prettier and or more convenient to place stars inside the un-illuminated part of the moon. 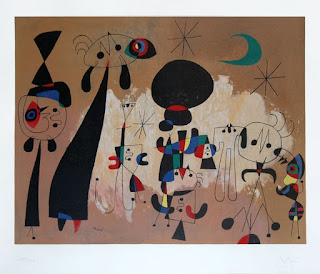 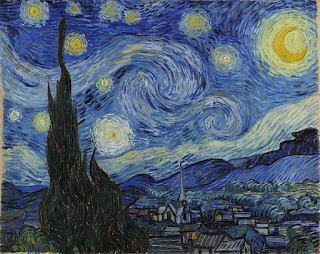 Van Gogh got it right. Starry night. Image from wikipedia. 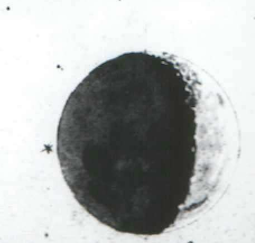 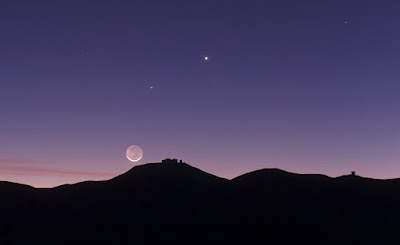 This is a beautiful picture taken in Chile, showing earthshine.

BS. Artists and designers are allowed to take liberties as much as they want to but the subtle suggestion that the moon is transparent is a strange liberty to take. Think about it: sci-fi creators go for as much realism as possible and think about the physical possibilities of imaginary places — they often get this right. 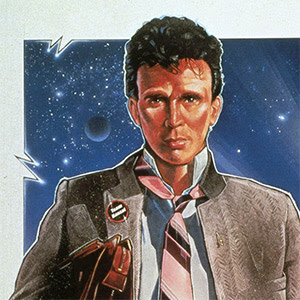 Poster of Peter Weller in Buckaroo Banzai (1984). This was a crazy sci-fi movie and they got that the moon isn't transparent. 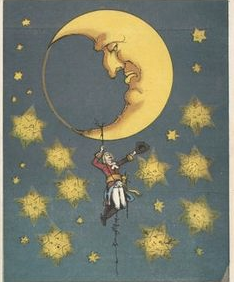 Here's a bunch of fantasy but they didn't need a transparent moon. 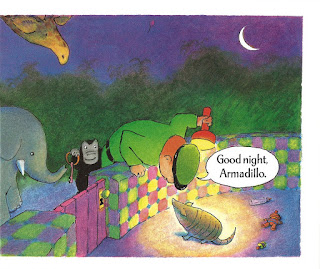 Peggy Rothman's children's books have talking hamsters but she always gets the moon right (even see it setting over the timespan of a book's progression). I love her books because they get right what they dont need to and break the rules when they must.

Turkey got it right. So did Azerbaijan and Uzbekistan.

3. Maybe it's a light source ON the moon or in front of it.

BS. Why would someone do this? Especially when the other stars and the light source are about the same brightness? Whoever draws such nonsense just doesn't think about how the world really is. 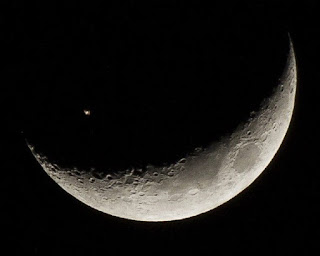 This photo was snapped when the International Space Station, seen as it was reflecting sunlight, was in front of the crescent moon. This is an extremely rare situation and the only time it's acceptable to consider a bright light source placed in the un-illuminated part of the moon. I doubt all those transparent mooners are contemplating this situation.

Conclusions and Next Steps

Many creators of night-time depictions simply don't think about the physics of the real world and when they envision what is, they don't conceive of a real sky as it is. Many consumers do not question what should be. What can you do about this? 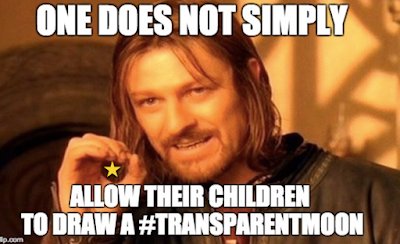 2. Embrace the outrage — this isn't a cute little misconception held by a few nutballs, like trickle-down economics. This is a real lack of understanding of something simple in our everyday lives. And because it's so omnipresent this misconception gets spread unfettered. I don't think the transparent moon is the result of pernicious deception but is borne of global ignorance, a scientific illiteracy that's right in our faces every day. 3. **Don't Let Your Babies Grow up to be Transparent Mooners **— how cute: little Johnny drew a nightscape, with a little dog flying in the sky. Great imagination! But throw some whiteout on that horribly ugly transparent moon and use it as a teachable moment for little Johnny. He'll be so ashamed that a) he'll never do it again and b) tell all his friends. Rinse, repeat. 4. **If you see something, say something **— you're not alone in your outrage (see #1). Tweet out the transparent moons that you find in your life (#transparentmoon) and shine some appropriate light on the situation. Or, if you like, leave some comments below.